The recent tragic events in Paris have further highlighted a problem that currently exists within marketing and, in particular, social media.

As the events in Paris unfolded, there was a voice growing ever louder for companies to stop posting their scheduled content to social media—as news feeds and timelines began to fill up of news reports and statuses about the events, branded content stuck out like a sore (and insensitive) thumb.

This is not only limited to disasters, it is important that everything going on in the world is taken into account. For example in 2013 the UK was rocked by what we called the ‘horse meat scandal’. Basically we discovered that some of our leading supermarkets (grocery stores) were selling beef burgers, sausages and other meat products that had been adulterated with horsemeat (as well as pig and donkey meat). One of these leading supermarkets didn’t have a marketing/social media process in place and on the night that the story broke in the press with the company firmly in the spotlight, they sent a scheduled tweet that night that said:

They did then apologize for this publicly after viral websites and UK news publications highlighted the inappropriate tweet.

Given that it is almost 2016, it’s hard to imagine running a sizeable social media operation without some form of scheduling tool—I’ve even known small companies with negligible audiences to schedule media. One of the problems is that the majority of social media management tools lack an emergency stop button and rely on the user to manually upload, reschedule or delete posts individually. This makes the entire process slow and inefficient, even more so if you consider that some of the content may be time sensitive and rescheduling isn’t an option—so the resources used to produce that content are lost.

The second issue is that some social media manager’s don’t have a procedure in place for when disasters do strike. With a set and approved emergency plan, those responsible for managing content distribution within the business will know what they need to do should a disaster strike. This removes the need to jump through hoops and seek approval for actions. This plan will also remove any potential confusion by outlining accountability.

However, being aware of events and news isn’t just about treading lightly or sparing embarrassment during times of crises. It’s also about finding opportunities that are relevant and responding to them in real time.

For example, during Super Bowl XLVII there was a power outage during the game, which gave rise to Oreo’s infamous ‘you can still dunk in the dark’ tweet: 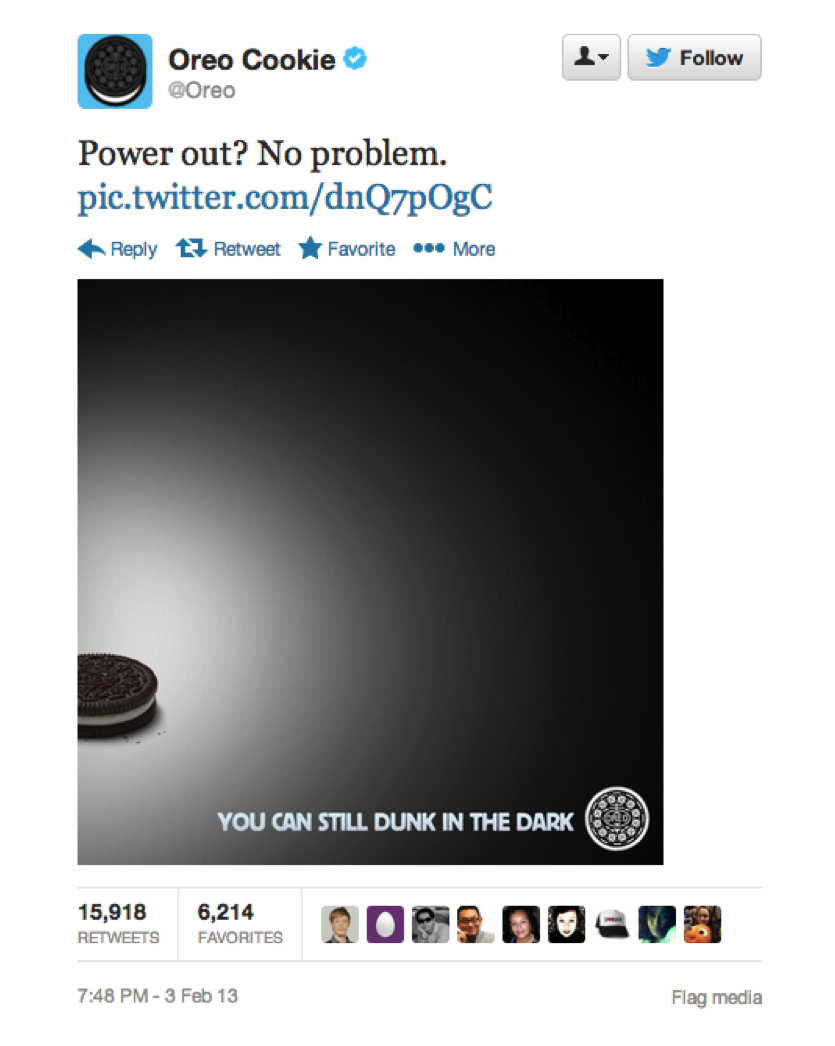 This tweet was a viral success and the prime example as to why you should pay attention to what’s going on in the world. It also shows that having a reactive and creative team who are trusted and given responsibility can produce fantastic results.

So take advantage of what’s out there. Trust your team to weigh in when the time is right. We’ll all be better for it.

Dan Taylor is a UK based digital marketer and blogger with a strong background in social media, email marketing and SEO. Currently working as an account manager within an SEO agency, Dan has a real passion for digital communications and the latest trends, practices, opinions and tech.